“Lutikkalinna” on Katajanokka in central Helsinki was built in 1900 as a residential building for staff in the Russian army regiment. It is not known who designed the building. Since 1918 the building has been used as a residence for the Finnish armed forces. The armed forces vacated the building in 1990’s. The bearing structure consists of massive brick walls and steel girders supporting the floors.

The most visible changes in the renovation are the new balconies added to each flat on the yard side as well as the new narrow windows placed in the originally blank gables. New entrances to the staircases have been added on the Puolipäivänkatu street side, for previously the only entrances were via the yard side. Other than these additions, the facades has been repaired to their previous appearance, with later altered windows and doors being changed to the original models. The room subdivision has been changed and lifts have been added next to the stairs. Soundproofing of the floors and the walls has been improved to comply with present-day regulations. All changes have been made in cooperation with Helsinki City Museum. 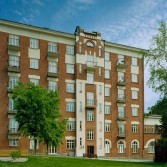 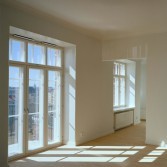 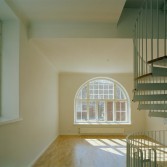 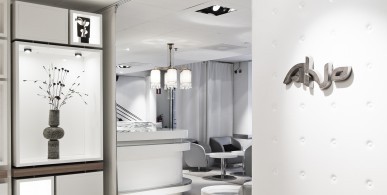 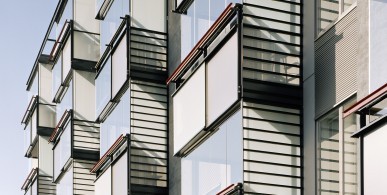