Renovation of a commercial and office building, 2002

Rautatalo was originally built 1952-55 after an invited architecture competition in 1951 won by architect Alvar Aalto. Rautatalo is one of the first listed modern buildings in Finland that has been protected by law.

The quality of the original architecture of Alvar Aalto’s Rautatalo lies in two main aspects. The first is the street facade that in abstract way adapts to its neighbouring buildings. The second is the main interior, so called Marble Hall. The cafeteria of the Marble Hall was a thoroughly designed interior. It was an important social institution and a meeting point in Helsinki.

The renovation was made in the spirit of Aalto’s original architecture as far as possible, but there was a certain hierarchy of interventions. In the Marble Hall the aim was conservation. In the office and commercial premises the aim was to modernise technical installations and fulfil the needs of the tenants. 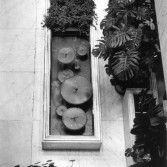 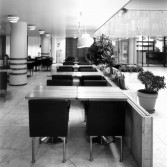 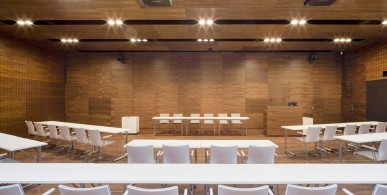 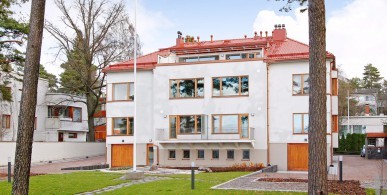